With no end in sight, the locust swarms maraud deeper into India, stroking anxieties of farmers and the government alike. Reports from the ground indicate that lately, locusts have been sighted in trans-Yamuna areas of Allahabad and may be well on their way towards Bihar, via drier parts of Varanasi.

They have travelled a long way from the war-torn border of Yemen and Saudi Arabia through Pakistan to reach India. The climatic imbalances, long periods of droughts followed by sudden torrential rain, seem to have triggered the great migration. This locust swarm has been the worst India has seen in over two decades. By adding to the climate chaos and enacting violence towards the earth and the nature, we have invited this Biblical pestilence upon us. The threat is a grave one as the locusts destroy each tree and crop in their path. They have already destroyed crops in Rajasthan and Gujarat, and pose a threat to mango orchards and Kharif season saplings in eastern Uttar Pradesh. How could they, travelling 150 km a day, reach the Gangetic plains from Yemen? What measures were taken to prevent them? The current locust management protocols advocate for spraying of highly toxic pesticides, which all countries, including Pakistan, Saudi Arabia and Onam, successfully did. However, all the efforts turned out to be abortive and did not prevent their voyage to India. Over time these grasshoppers have developed resistance to pesticides. Owing to which, in India, the excessive spraying has not only failed to control them but also damaged non-target flora and fauna, besides polluting land and water resources.

The mindless spray is not an efficacious solution. The poisoned grasshoppers will be eaten by birds or will decompose on the soil or water eventually, further contaminating our ecosystem. Moreover, it will also harm the farmers and their soil microbiome. In 2019, we saw a multitude of farmers in Maharashtra succumbing to the pesticide poisoning. Similar pesticides are used in locust control today, and, certainly, these chemicals will also hamper the immunity of the people coming in contact with it.

The failing efficacy and rising toxicity of synthetic pesticides should compel the government to look towards nature-based options, but sadly this has not been considered yet. Meanwhile, all over the world, fungi and bacteria-based control agents have controlled desert locust with least or no damage to non-target life forms. In Australia for over a decade Metarhizium Acridus (fungus) has been very successful. However, it is surprising that despite the availability, it has not been used against locusts yet.

This is not a new problem; locust swarms have coexisted with human civilisation since time immemorial. Should we not revisit the past to seek alternative non-patented solutions? India too has a long tradition of using neem water/ neem oil-based solutions to parry this menace. With the help of modern technology, the neem-based locust control agents are now industrially produced and we have many Indian companies engaged in production, but this option has not been used so far. More so, neem-based biopesticides and biocontrol agents don’t even figure in the locust control protocols.

Prime Minister Narendra Modi has repeatedly stressed on the fragility of our environment and how we must conserve it, yet the alternative means seem far from the government’s agenda. So far, toxic methods have not been able to contain the locust, we must deploy alternatives — starting with the use of safer pesticide molecules as the emergency measure and then incorporate natural alternatives.

No matter what humans do, nature always finds a way to evolve and develop resistance. For example, DDT could kill a whole spectrum of insects; today even a tiny mosquito is resistant to it. Hence using outdated and toxic pesticides is no sound science or biology. We must adapt and evolve with time. India, through the public institutions, should engage in more research on bio-control and bio-pesticides so that at least our future is secured and our environment and water remain safe.

The author is the Director of Policy and Outreach at the National Seed Association of India. 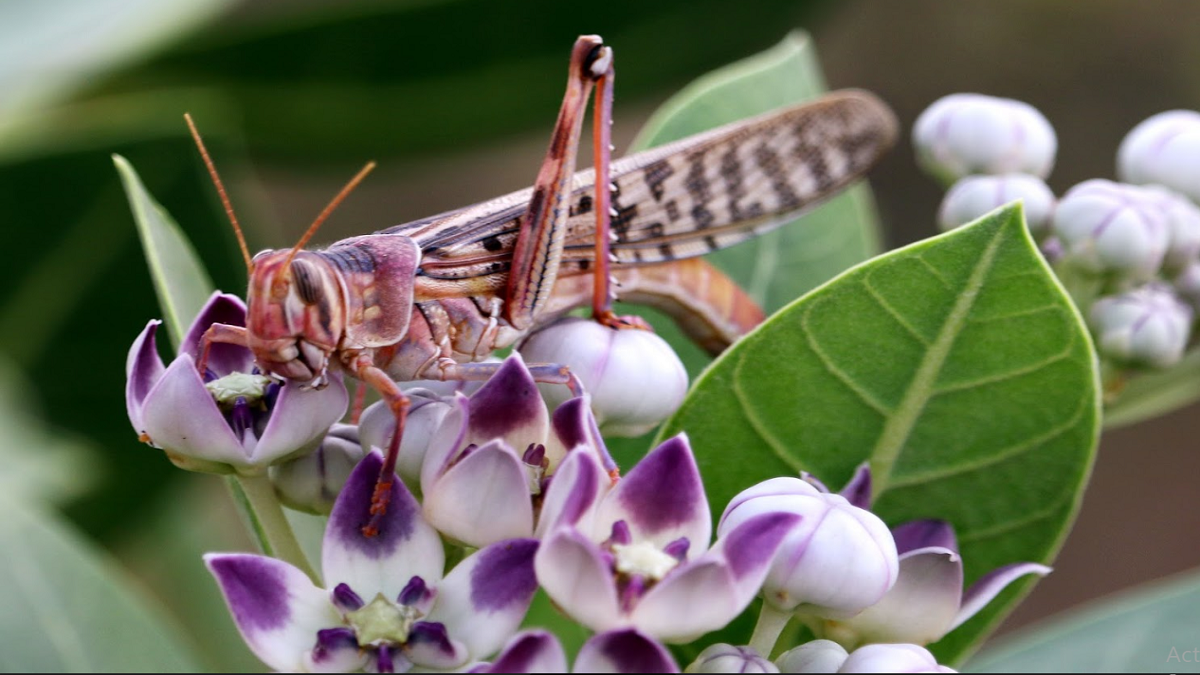