As Haryana and Uttar Pradesh are proactively supporting plantation drives, the national capital should also encourage farmers to surround the city with green walls of trees. 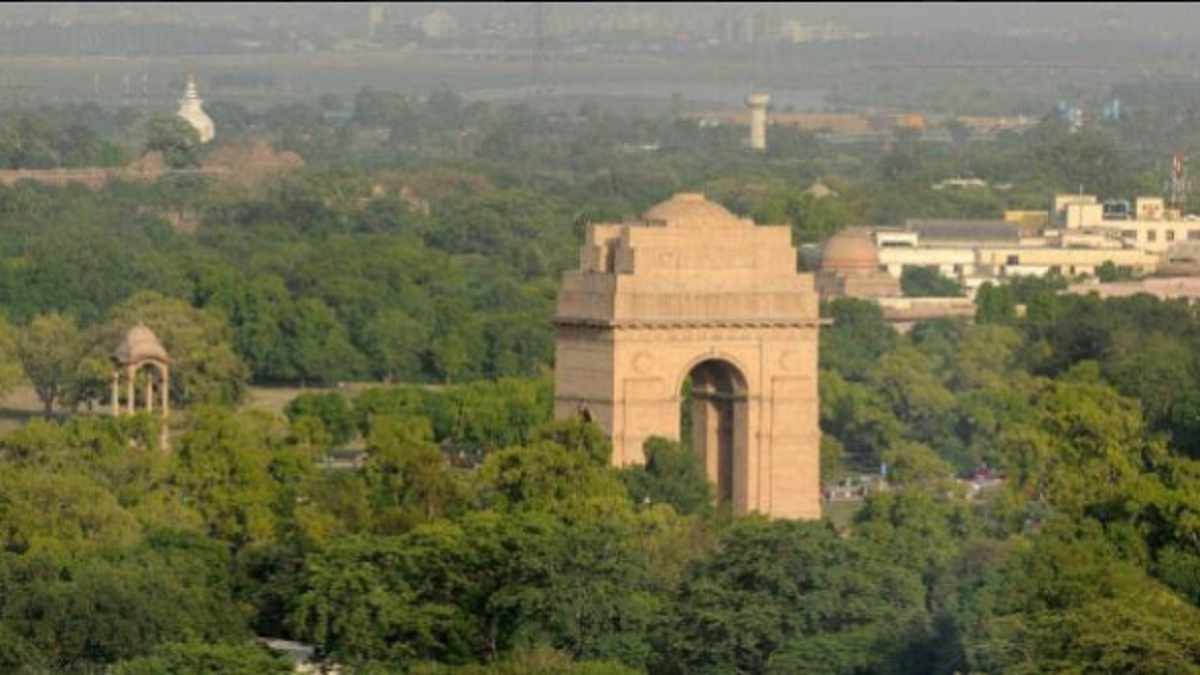 What happens when the cars and emissions rise in our cities? When the silence of the trees is robbed and the radiance of the sun is fogged by flumes and honks? Would we readapt to sooty skies? Do we urban citizens have a moral imperative to save our environment? These were some thoughts that were floating as my mother and I were planting our 300th sapling this August in Delhi.

When she thought about the idea of celebrating her 50th birthday by planting trees (it was in June 2020), we had a little idea of where to plant or the money required. But we willed it and the universe did conspire to make it happen. Soon, we had some money in our tree fund but the Delhi government announced that it would be distributing free saplings to plant.

With the first problem dealt with, now where to plant? For this we chose a DDA park, took necessary permissions and began planting. Most of our saplings are alive and growing faster. What we did was a small measure to save our immediate environment and our city Delhi. This was also an act of healing and small gratitude for all the things nature gave us. How did it happen? God along with nature works in mysterious ways. If we are silent enough to hear her hums, she guides us. Our planet and our cities need human agents to heal her and support her. The Covid-19 crisis has given the world an opportunity to re-value our environment. Starting from the Big Bang, the trajectory of connected events has led to creation of the earth, and humans. Our purpose here is a simple one: To cohabit with the earth and all her beings, to nourish ourselves and them.

But can our government embrace this quest? Yes, and for starters, RWAs should be asked to intensify plantations of native varieties and urban food gardens in their areas. DDAs and public parks need to open doors for citizens to plant trees in them. This will also decrease the budget restraints on horticulture departments. A certain time period may be notified each year for people to plant. RWAs need to set voluntary targets and be recognised by local city authorities for this work. As a block or sub-division within the city, officials need to remove non-native species and replace them with indigenous plants and trees. We need to create mini-forests in our parks, using the ‘Miyawaki’ method. This step can help increase carbon sequestration and develop mini-lungs throughout our cities.Urban gardens and rooftop gardens need to be encouraged through an urban food policy. But at city level, a lot more can be done. For example, let’s take Delhi, a city surrounded by farms and an under-utilised budget for agriculture. We begin with a plan to surround Delhi with a green-wall of trees or green buffer zones.

But how will this be made possible? The Covid-19 agri-stimulus package has already allotted budget and subsidies for plantation. For the state of Uttar Pradesh, farmers can get up to 60% subsidies, if they choose to start a plantation. In Haryana, the government is offering up to 75% subsidy in various plantation crops to the farmers. As Haryana and UP are already very proactively supporting plantation drive, Delhi should create a map of the buffer zone and encourage as many farmers as possible to surround Delhi with a green wall of trees. These can be fruit crops, etc. The Delhi government may chip in by giving farmers additional subsidies. This should be considered as assistance given by them for eco-services and not charity. This way they can phase out paddy production from surrounding areas and decrease straw burning too.

The three state governments can work in tandem to create this zone around Delhi. The produce from these zones should be branded by the government and sold to marketing co-operatives like Mother Dairy, etc. With a contract farming model in the pipeline, various governments can enter into contracts with farmers or FPOs to produce food and fruits agro-ecologically, hence not only saving the environment but also the health of urban dwellers. This will help break the dust winds entering the city too. If during the lockdown a scheme can be developed and implemented, it will go a long way in ensuring that Delhi’s and other cities’ air, water and food supply are cleaner.